One of my favourite artists is Banksy and one of my favourite toys when growing up was LEGO, so you can imagine my excitement when I found this. Canadian photographer Jeff Friesen has created a series of photos that merge these two elements, recreating some of Banksy’s most famous pieces in LEGO brick form.

Friesen has then played on LEGO’s values of imagination and creativity, visualising what the wider context of the piece is by placing it within a larger LEGO environment.

Here’s a few of my favourites;

You can see more of the pics on Jeff’s website here.

It may seem as though I am exclusively looking at advertising recently on this blog, but it’s just what I’m seeing the most because I watch so much TV! So this’ll be the third and final (for now) in what has become a mini series of posts about witty TV adverts recently (see the other two here and here).

This advert by advertising agency Fold7 is for cider brand Somersby. Using branding created by Taxi Studio, it came out a while ago but I’ve only just recently seen it on TV.

The advert is a brilliant spoof of Apple products and stores, parodying different terminology in some really inventive ways such as ‘pips’ instead of ‘bits’ and naming the operating system ‘pump’ after the pump which pours the pint. Somersby are by no means the first company to parody Apple and their customers in advertising, with Nokia and Samsung, among others, having done so before. However, in my opinion, it’s the little subtle and humorous references that set this advert apart from the others. The clever parodying of single and dual-core processors as apples and the subtle nod to the iPhone unlock with the thumb swiping across the glass at the end are just two of these great references in this clever and playful advert that shows just what Somersby is all about, ‘less apps, more apples’!

The success of the advert is clearly visible, with over 1.5 million YouTube views, and a whole host of positive comments about it on social media.

Recently there seems to have been a new wave of comedic and slightly over the top TV adverts being released, such as the booking.com one that I talked about on Friday. I saw this advert the other day and it sort of follows the trend, but maybe not as successfully.

It is funny and the advert is nicely set up, but by using Samuel L. Jackson as Nick Fury to advertise Sky Broadband ‘Shield’, you can’t help but feel that it is just publicity for the new Marvel film. They even have film clips at the start and Jackson explicitly mentions ‘the winter soldier’, the villain of the new film.

The advert forms part of a recent series of sky adverts that have featured celebrities such as Idris Elba, Al Pacino and Joanna Lumley, the latter of which is, in my opinion, by far the best of the series. The use of her comedic impressions of TV show characters, especially in the advert for The Walking Dead, make them really engaging and amusing. She makes a surprisingly good zombie!

When I first saw these Sky adverts, they initially reminded me of the great Virgin Media adverts that featured celebrities like David Tennant, due to them sharing a similar comedic style.

This shared comedy style also reminded me of those old cinema adverts from Orange, from before they became EE. As far as I’m concerned they are still the best of this style of advert that’s ever been released. They just have something that the others don’t, however I’m not quite sure what that ‘something’ is!

Of course this is all just my own opinion on these adverts and everyone has their own. What are your thoughts?

Just a quick post today, but I wanted to use it to talk about one of my favourite adverts of 2014 so far. When most people think of holiday or hotel advert, the first ones that will probably come to mind will be Trivago or Premier Inn, maybe even Hotels Combined or that slightly odd Thomson Holidays one with the ogre.

The one that comes to mind for me though is the advert for booking.com, with its hilarious voice over and equally hilarious shots of holiday goers. It makes watching the advert fun, something you don’t really get from the other holiday and hotel advert, and draws you in. The voice over makes it sound like some sort of epic movie trailer, which is made all the better when you see it in a cinema like I did a few weeks ago. Yes, it is a bit over the top, but who wouldn’t want recreational sand, aggressive relaxation or even maximum plushosity from their hotel? It’s exciting, fun and most of all memorable.

I’ve also just put up a new project on my Behance page, there’s just a taster below, so click here to have a look at the full project.

Whilst I was writing the last blog post, I came across a couple more examples of “eyebombing” and thought I would use a quick post today to show you them.

First is the work of ich bin KONG who used small polystyrene balls to bring his chosen objects to life. A few of my favourites are below and there are more on his website here. 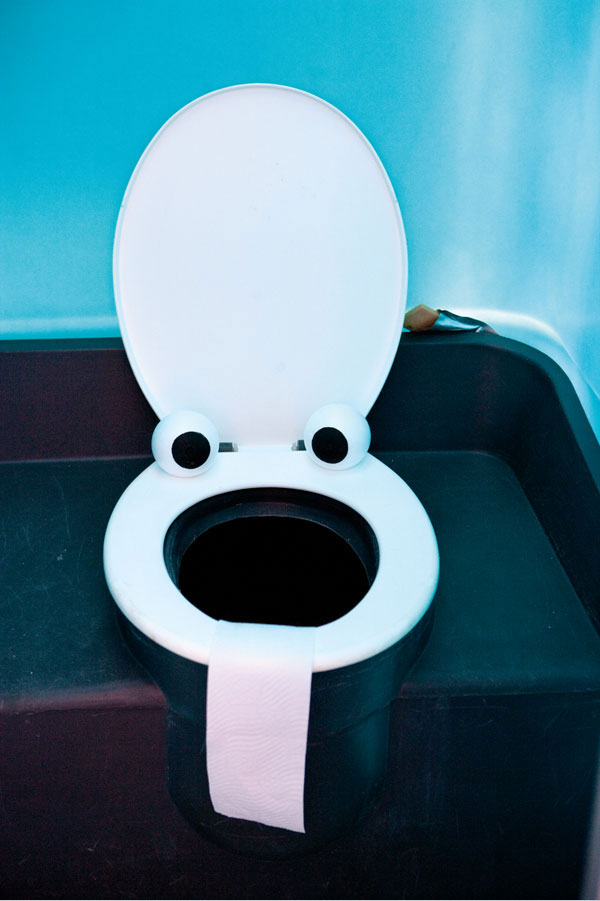 Street artist D*Face turned his attention to discarded christmas trees for his work. His “eyebaubles” project turned the trees into humorous figures that have a wide range of expressions, from depressed to angry to confused. 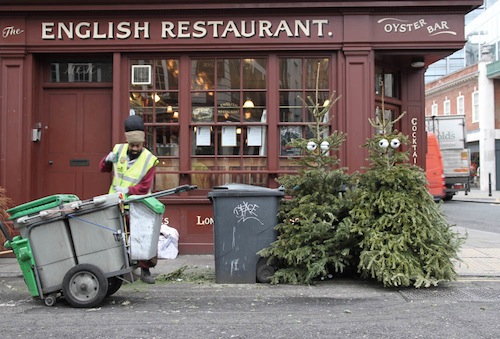 Created for the Pan American Association of Eye Banks, it shows just how something as simple as a pair of eyes can give inanimate objects life.

This use of googly eyes to transform inanimate objects is not a new idea. In fact, its part of a wider street art movement called “eyebombing” which was started by two Danish street artists. Their goal was to humanise the streets and the movement has attracted a huge following since its inception.

You can see more “eyebombing” photos on the movement’s Flickr page and website, where you can also purchase an “eyebombing” starter kit to help you spread it further.

Some of you might remember a post I did last year during the Olympics that featured a great piece of topical advertising by Specsavers based on the North Korea/South Korea flag balls-up of the games. It was a great piece of work that was well received due to its relevance at the time.

Well now, half a year later, they’ve done it again. This time drawing influence from the infamous Eden Hazard ball boy kicking incident from the football this week. A simply designed advert that is sure to be popular and raise a chuckle!